The Middle of the Night Phone Call 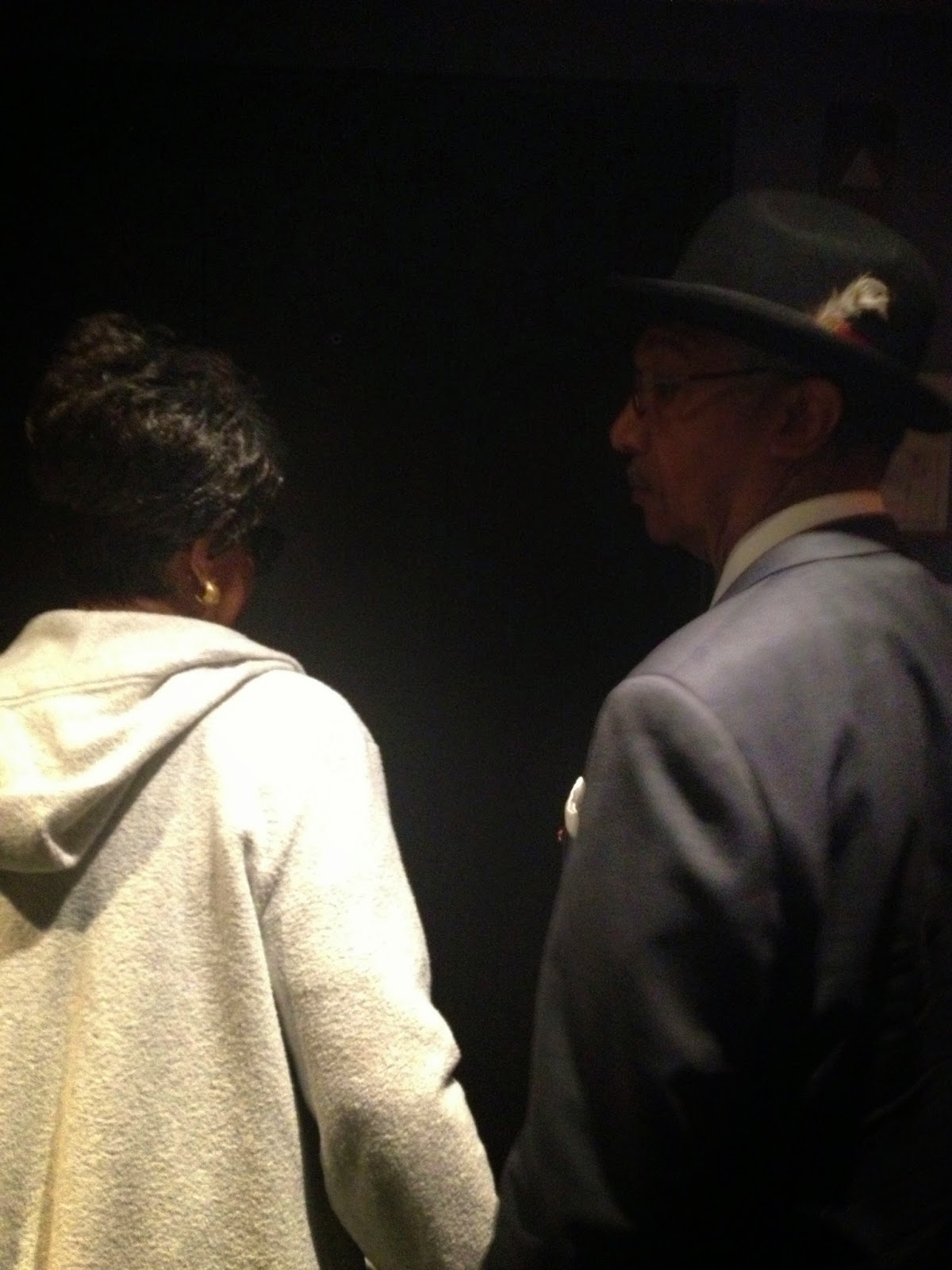 One of my biggest fears is that I’ll get a Phone Call From Home in the Middle of the Night when I’m too far away to do anything about it and once again I’ll be angry that we still don’t have Star Trek transporter technology; and disgusted that we invest more time and money in restricting human movement then in facilitating it.

LISTEN AND ENJOY THE PODCAST

Well, I finally got one of those Phone Calls From Home. My Dad rang in the middle of the night to tell me he was having severe stomach pains. He was ok enough to call me, so that was good. And I wasn’t half way around the world or across the country, but New Jersey felt far enough. I would have preferred he called 911 first but I understood that calling me was the 911 equivalent.

My Dad is an Old Black Man. That means he’s from the generation, group, and gender that is loath to admit when they need help. He’ll have pneumonia before saying he might have a cold. He’ll be knocked out sleep in front of the TV and swear he’s not tired. What he calls a scratch looks to me like he’s been in a back alley knife fight. (But hey, the first rule of Geriatric Fight Club is that nobody talks about Geriatric Fight Club, right?) I’ve grown to admire and depend on My Dad’s strength – to a point; enough to know that when he does ask for help it must be serious.

I told My Dad to hang up and call 911. But I didn’t trust him to do it so I called too just to be safe. My Original Knight in Shining Armor needed help and I wanted all hands on deck.

I packed my bags and drove like a bat out of hell – New York City 25 mile-an-hour speed limit be damned – and made my way to our local hospital; That place I pass all the time without a second glance because we’ve been lucky enough not to need it.

One of my friends said, “Ug! Why do emergencies always happen in the middle of the night?” But if you’re a glass half full kinda person, the middle of the night is the best time for an emergency: Little or no traffic and free on-the-street parking. So even without my wished for transporter I made pretty good time.

I walked in and My Old Folks weren’t hard to find. They’re charming and they leave an impression. There were no shortage of people who were able to point me in the right direction. And there was My Dad, sitting up in a bed glad to see me but quick to say that I didn’t need to come. “I’m feeling better already,” he said.

I’m not being cavalier. Anyone who knows me, knows I’m a straight, no chaser Daddy’s Girl. In fact, on my Canon Ball Run drive to the hospital, friends called to check on me.

And oddly enough, through the packing, driving, parking, and endless hospital form signing I was fine. I felt like worry was a luxury. I had to be an awake and aware advocate for them ... for us.

Long story short, post x-ray, My Dad was fine. He felt better and the hospital discharged him. The lesson? Maybe he shouldn’t be eating questionable chicken from second-rate restaurants. That’s the other thing about Old Black Men: They hate to let food go to waste. Even if it looks and smells iffy they think they can get one more meal out of it.

I was tired and glad to take My Parents home, especially before Alternate Side of the Street Parking and the hourly meter rules kicked back in. But it’s funny what you remember once a crisis has passed. There was a moment in the emergency room that was normal, yet surreal.

While we waited for My Dad to be seen by a doctor, My Mom had the sniffles. She was digging in her purse searching for tissues she couldn’t find. And without even looking, I reached into my bag and pulled out a brand-new pack for her. My Dad then asked My Mom to go in his coat pocket and pass him a peppermint. I again reached into my bag and got one for him. That was weird because I’m a gum chewer. Peppermints aren’t my thing. I don’t even remember putting them in my bag. But when he asked, I knew I had them.

I don’t understand why but it’s the memory of these small inconsequentials that undo me; of performing tiny tasks for My Parents that they used to do for me. I sometimes feel like I’m becoming a mom of sorts to my Senior Citizen Toddlers just shy of having a baggie-full of Cheerios in my pocket. And I was flooded with the fear I guess any parent has. What happens when I can’t pull an easy fix out of my handbag? Riddle me that? What then?

And for a moment I wished that what I really had instead of a transporter was a time machine so we could all be anywhere but now.

I was roused out of my glass-half-empty reverie by My Dad, asking me if we could swing by Burger King for a post emergency room, celebratory, late-night snack. (You see what I’m working with here.) I, of course, said no, because he’s on a gastrointestinal time out. Why? Because I said so.

In the meantime, what I miss are the middle of the night phone calls of yore – full of whispered sweet nothings, telling me where the party’s at, or maybe someday soon a text telling me that my time machine is ready, and all I have to do is transport over and pick it up.

The Urban Erma, the longest running column on StageTimeMagazine.com, was created and written by stand-up comedian Leighann Lord. Listen to the podcast on iTunes and Stitcher Radio. Get her e-books on AMAZON!

Leighann, such a brilliant, beautiful story!

This touched me deeply, and made me nod in empathy at the humor and the yearning to go back. I imagine that so often. The more I do, the easier it gets, the clearer the images, and the the more plentiful the memories. Yoga or cello or watercolor for the brain. Practice cannot be perfect but maybe it's the best we have for now. 💃

Leslie, Thank you so much for the very beautiful words. Watercolor for the brain. Lovely!