I Almost Went to Jail Today

This morning, I saw a Little Girl sitting in the park by herself. She was quiet and content but that was hardly the point. She looked to be about four-years-old, entirely too young to be by herself without a conspicuous, supervising guardian near by. There was no one. 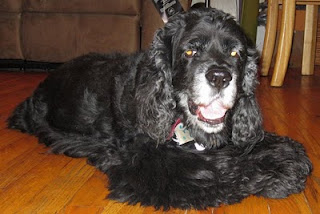 At around 7:15am on Sunday, my dog Rolie became very ill. He couldn’t walk, his head rolled to the side at an odd angle, and it looked like he was having a stroke. We rushed him to the vet who diagnosed him with Canine Vesticular Disorder, an affliction common to older dogs. He’s been at the Vet for several days now, recovering more slowly than we would like. We miss him dearly and can’t wait for him to come home. And so I’m re-posting a blog I wrote a few years ago about a similar brush we had with furry worry. It all worked out then, and I hope it all works out now.

I am currently on my seventh tour with Armed Forces Entertainment, my third performing for the troops in the Middle East. This time around I’m visiting bases in Bahrain, Kuwait and Djibouti. I’ve lost count of how many people come up to me after a show in the states to say thank for “going over there.” They tell me about their sons, daughters, grand children, husbands, wives, sisters, brothers, cousins, and friends. I’ve had the pleasure of talking to service men and women from the Army, Navy, Air Force, Marines and Coast Guard. (The Black Ops guys aren’t really chatty.)
READ MORE»
Posted by Leighann Lord No comments: