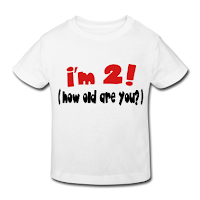 So, I was hanging out at the bar with friends when I was approached by an audience member. He said, “You’re funny. I enjoyed your show.”

No, you didn’t miss anything. And, no, I didn’t leave anything out. He asked me just like that, with all the finesse of an STD test.

I smiled and said, “How old do I look?” He stared at me for a while like I was a specimen on a glass slide and said, “Early thirties?” I said, “Okay,” and allowed myself to be pulled back into conversation with my friends who were mortified by this Gentleman’s lack of manners.

Conventional wisdom says it’s rude to ask a woman her age, but I disagree. There are times when it is vitally important to ask, especially if you don’t want to find yourself on the wrong end of a statutory rape charge. But it’s all in the timing isn’t it? I think you have to spend at least a few moments building rapport with someone before you start asking personal questions.

For example, it would have been inappropriate for me to respond to his, “So, how old are you?” with, “So, what are the dimensions of your penis?” Out of bounds? Of course it is, because we all know its poor form to answer a question with a question.
Most socially savvy adults would have taken the hint and moved on. This Gentleman did not. Like a malfunctioning GPS he soon circled back and said, “So, really, how old ARE you?”

There are times when I’ll have a reaction so strong that my brain has to make a choice. It either has to stop my mouth from saying what I’m thinking or stop my face from showing it. My brain chose to stop me from blurting out, “None of your fucking business.” But it most certainly flashed across my face with the clarity of a DEFCON 5 warning.

But if our Gentleman Friend was lacking in the social graces, then he was equally inept at reading basic body language. He plunged ahead and said, “You don’t have to be afraid to tell me your age.”
“No, Boo.” I thought, “The only thing I’m afraid for is your safety.” He was perilously close to own personal extinction-level event.

I work in a culture and an industry where age discrimination is real. Women and men who disclose their age do so at their peril. Sadly, once a casting director knows your chronological age, it doesn’t matter what you look like. They just can’t get passed the number. So, I’ve become very selective with whom I choose to share my age, and I’m quite unlikely to do so with a stranger who was growing ever stranger by the moment.

But there were other clues this Gentleman failed to register. First, I was in the bar sipping a glass of wine. We can deduce from this that I’m old enough to drink. And no, it wasn’t a fake ID kinda place. Second, I was wearing a wedding ring. So with the issue of potential courtship off the table, my age was and is only the business of the man with whom I currently file a joint tax return.

But perhaps the failure to properly read and interpret this situation was mine. I don’t know about you but it’s becoming increasingly difficult for me to tell the difference between rudeness and mental illness. And that’s not exactly the type of question that you can ask with any sort of subtly:

Asshole or Asperger’s?
Dick or dementia?
Jerk or Jerry’s kid?

Do you see what I mean? It just doesn’t come out right.

If I had my druthers, I’d choose rudeness. I understand it. I’m a native New Yorker. I was raised on it. I’m out of my depth when it comes to mental illness. My options in this case were to wait for his medication to kick in or hope I heard someone in hospital scrubs say, “Oh there you are!” as they quickly escorted their wayward charge from the bar.

Although I was having a good time with my friends I decided it was best to call it a night. I believe I’ve been able maintain a relatively healthy and youthful appearance thanks in large part to cutting trifling people out of my life at the first sign of trifle. Bullshit is like sunlight: overexposure to it ages you.

But just as I eased off my bar stool the Gentleman abruptly said, “It’s been nice talking to you. Good night.” And then he vanished into the crowd like a professional pick pocket. It was the smoothest thing he had done all night. I actually double checked to make sure I still had my wallet. “Was it something I said?” I thought. I wish I knew what it was so I could have said it earlier.

You’re only as old as you feel, but I’m starting to feel like I may be getting to old for this sort of thing.

I love this article. I often have people come up to me and ask my age because I'm in that indeterminate age that the French refer to as 'of certain age.' I tell them I am ancient and eternal, and that the chronological number is insignificant. And if they insist, I call them shallow for wanting to know! lol

I am a married toyboy so know how you feel.

But it's like when I was an overseas computer contractor. Obscene hourly rate, but terrifying expenses. So the only people who needed to know what I earned where my wife, my agent, my accountant, and Her Majesty's Custom and Revenue.

Still got people asking after I had explained this and I found it very annoying.

I think the answer to your question is neither. He was trying to pay you a compliment in a rather awkward way. He sees you and probably thinks that you are in your twenties, after hearing your act and its references, he probably assumed you were older(there aren't many 20 somethings who know Erma Bombeck). When people get inconsistent data points, it makes sense for them to question it.. Thank your parents and be happy you confused the guy.

Excellent point my dear. You may very well be right, but it seems I’ve done a poor job at conveying just how creepy this gentleman was. Believe me, I love a compliment and try not to let one slide by me unawares. I guess my issue with him was one of tact, but I’ve also been known to judge too harshly.  I also forget that my life is one big pile of inconsistent data points.
On another note, I do indeed thank my parents. Good genes are nothing to sneeze at. When I was 18 I looked 12. It felt like I got carded just going to the library. UG! My mother told me to hold and be patient, it would work out. Mom is always right.

Wow, akward. As an Aspie or someone with Asperger's this gentleman was exhibiting extreme Asperger like traits. Most Aspie's are not this extreme but I will also note that at times when I am extremely happy I find that my traits come out stronger. Maybe he was jazzed up from your comedy show and a few cocktails and just not able to control himself around such a beautiful woman? In an Asperger's mind everything is done for a reason. He may have been attracted to you, but if you were not in his dating age range, why bother starting a conversation. I know that's crazy, but "we" see the world differently. We're just trying to be efficient. =) I don't need my phone clogged up with numbers of ladies I'm never gonna call. Our sense of humor is also a bit twisted. Sorry =\ i think?

Hello My Dear! No apologies necessary! I don't know anyone personally with Asperger's So I really appreciate the insight. Thanks for reading and taking the time to comment.

I have Asberger's, and this blog entry is educational. It is f**king HILARIOUS, and it's educational. This should be required reading for anyone on the spectrum.

As a person with a real condition - and not just a jerk who's masquerading b/c movies have made Asberger's look cool - I'm inclined to say, that dude might have just been ignorant. Why do I say that? I might've f**ked up & ask a woman's age the first time, but i DAMN sure ain't doubling back to ask again. I know they say Aspies can't read non-verbals, and that might be true for some. But I can, so apparently the condition ain't one-size-fits-all.

Anyway, this is an OUTSTANDING blog entry, Leighann. You are very talented.