Dead Dick: Not a Viagra Story 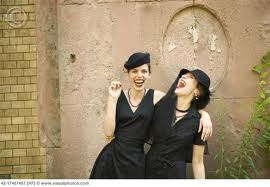 I was on a gig recently when a woman I was working with got the news that her mother had passed away. When she whispered it to me, I couldn’t help but stare at her in astonishment. I knew her mom was not well and that her passing was imminent, but what shocked me was that my friend wasn’t curled up in a blathering blob on the floor. All entertainers know that “the show must go on” but it’s different when your life is the one that’s falling apart behind the scenes.


This is not to say that it was easy for my friend. I could look in her face and tell that it was not. She loved her mom very much and her death had broken my friend's heart into more pieces than the attempted solution for pi. But the sheer force she was using to hold it together made me want to break down for her. I think this is natural for non-sociopathic people. Whether we know the deceased or not we feel the agony of the bereaved thinking, “What if it were me?” I would be the blathering blob. But I suppose pain is the price of love.

But you can’t love everybody.

What happens when someone whom you know, but don’t particularly like, dies? Dare I say what if you hate them? People shy away from the word hate, accusing it of being too strong. But its strength makes it no less accurate and leaves no room for mealy-mouthed ambiguity. When you hate someone it doesn’t necessarily mean you’d pull the trigger on them but you might not be opposed to buying the shooter a beer.

When someone you actively despise clocks out there is a natural moment of sadness, which can quickly be eclipsed by the thought, “But that guy was such a dick.” Death only makes him a dead dick. But we don’t speak of this because it’s as if the deceased has crossed the impeachment barrier. Death transforms people’s worst qualities into assets. Mean becomes fearless. Foolhardy becomes trailblazing. Bitter becomes sentimental. Lascivious with multiple restrainer orders becomes passionate.

It grates against our sense of fair play. You’re just not allowed to disparage someone who’s no longer here to defend themselves. It’s expected, regardless of the depth of your enmity, that you show respect for the grieving family. Somebody loved him, or at least tried to. And, being family, they probably already know what a son-of-a-bitch he was. Reminding them during collation (tertiary meaning) is just tacky.

When the officiant asks for volunteers to say a few words at the wake it will not be well received if you take to the mic and say: “I didn’t like him. I never liked him. And I’m not going to miss him now that he’s gone.” And no, it doesn’t matter if you say this with feeling and a single, Demi Moore Ghost tear drop sliding down your cheek from one eye.

In general, society frowns on heckling at funerals. It is in very poor taste to storm in and shout out, “That mother fucker owes me $20.” But curiously, it’s perfectly okay to sue the estate of said mother fucker in order to recoup any monies you can prove are owed you. I guess it’s all in the timing.

I hope it’s also okay to write a blog about this touchy subject, never naming anyone in particular, but letting the reader either judge the writer harshly or quietly, in the privacy of his or her own thoughts, think of a mother fucker who’s passed away that they weren’t sorry to see go. One can only hope that this list of the latter never reaches double digits unless you work in entertainment, law, or politics and then it’s about economies scale. Truly though, as much as it hurts, I’d rather have more people leave me feeling heartbroken than heartless. You can’t break what you never had.

Thanks for reading The Urban Erma. You can subscribe to the free blogcast on iTunes. In case you were wondering, in addition to blogging I am also a pretty good stand-up comedian. I do "Thinking Cap Comedy." If comedy were music, I'd be Jazz. Want to see a show? Check out my schedule at @ www.VeryFunnyLady.com.

I love your point of view on this. I am always willing to speak ill of the dead - if I spoke ill of them in life. I don't stop telling the truth just because someone is dead. Of course, I'm tactful and kind to the family. But I refuse to be hypocritical.
Point two, your friend may not have been dysfunctionally upset for a number of reasons:
1. She may have felt relief at the end of her mother's suffering, if it was a long illness
2. She may have a strong belief in an afterlife and know her mom continues to live
3. Her mother may have been ready and accepting imminent death.

all in all, I'm sure her mother was a wonderful person. LOL

Very astute observations. Yes there was an element of relief for my friend now that the suffering was over. It also helped that she was at "work." It gave her something else to do and focus on. I know when I'm upset I get to cleaning. You know if my house is spotless I'm about to go super nova. LOL!

Very good read. I too hate funerals for this reason. Why go if you did not like the person? To show respect. What? I don't think so. I did not like them then. I dam sure I don't like them now. Lol... Keep up the good work. You are very talented... And pretty, which does not hurt at all...