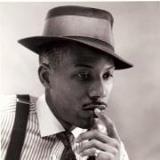 They say getting old is a privilege because noteverybody gets to do it. Well, not everybody gets herpes either. Where’s theprivilege in that? In our youth-obsessed culture, growing older is the trueOriginal Sin that if you’re healthy and lucky you can’t help but commit. Mostof us despise getting older given the loss of agility, mental acuity, freedom...Yeah, I’m so not seeing the upside. We realize getting older is not all it’scracked up to be at around the same time we stop counting half birthdays.Remember being nine and a half? Yeah well, nobody says they’re 39 and a half nowdo they?

►LISTEN TO THE BLOGCAST!

The only way to ameliorate the sin ofgetting older is to look younger. And we spend a lot of money doing that:creams, gels, surgeries, gym memberships. And once you start you can’t stopbecause we all secretly believe that we have but to find the right combinationof whitening toothpaste, hair conditioner, and the latest model car and we willbe immortal.

In some ways, looking young is better than being young. When you’re young, there’s a lot of stuff you don’t know and don’t have. But on the other hand when you’re old there’s a lot of stuff you’ve forgotten and can’t find. Still, there is something to be said for wisdom, experience, and being able to front the collateral for your own bail when wisdom and experience fail.

But all of the Oil of Olay in the world can’t stop the birthdays from rolling around faster and racking up old friends who “knew you when”. At some point,I’m not sure when, but there are more aches, pains, bills, and laugh lines. You start buying the weird stuff your parents did: heat wraps, ice bags, Pepto oh my. I heard Wendy Williams say it best, “You reach a point in your life when it takes more than moisturizer and a catnap to pull it together.”

For some reason we believe aging is harder on women than men: The loss of physical beauty and the ability to bear children? How dare we? But don’t be fooled. Men are not spared their own Dante-esque degradations. If the TV commercials are any indication, then men suffer the indignities of hair loss, dwindling testosterone, and the ultimate bodily betrayal: erectile dysfunction. It’s as if nature puts us all out to pasture whether we’re ready to go or not.

So is everyone marching toward they’re next birthday like they were on the Trail of Tears? No they are not. There is a group for whom aging is an unexpected and wondrous thing: Black Men. I know two such gentlemen who this year reached the tender milestone of 50-years old and they couldn’t be happier. A black man who turns 50 in America has bucked the trend, beat the odds, won the actuarial lottery. He has stymied the statistics. He has confounded insurance agents. He is, in short, #winning.

Conversations with these men reveal that they are excited to be 50-years old because none of them thought they were going to make it this far. They saw friends felled by the violence of police brutality, drive-by shootings or absorbed into the prison industrial complex, which in America is as good as dead. They also feared that if the po-po didn’t get them, high blood pressure surely would.

I first noticed the phenomenon of the Older Happy Black Man with my Uncle. He’sin his 80s now, but as he reached retirement age he became damn near giddy. I never saw him without a smile on his face and often found him giggling to himself for no reason. But he did have a reason. He came from a generation when black men didn’t retire. If they were lucky enough to have a job at all they worked there until they died. So for him to be retired and still breathing, he is literally living the dream.

I’m still a young woman, but there are days when I can see the Epsom salts from here, and I have yet to make my peace with the impending aging process. I am in the struggle. But ask my Uncle how old he is and he’ll proudly tell you: 83 and a half.