This Is Not My Father's Bowling Alley 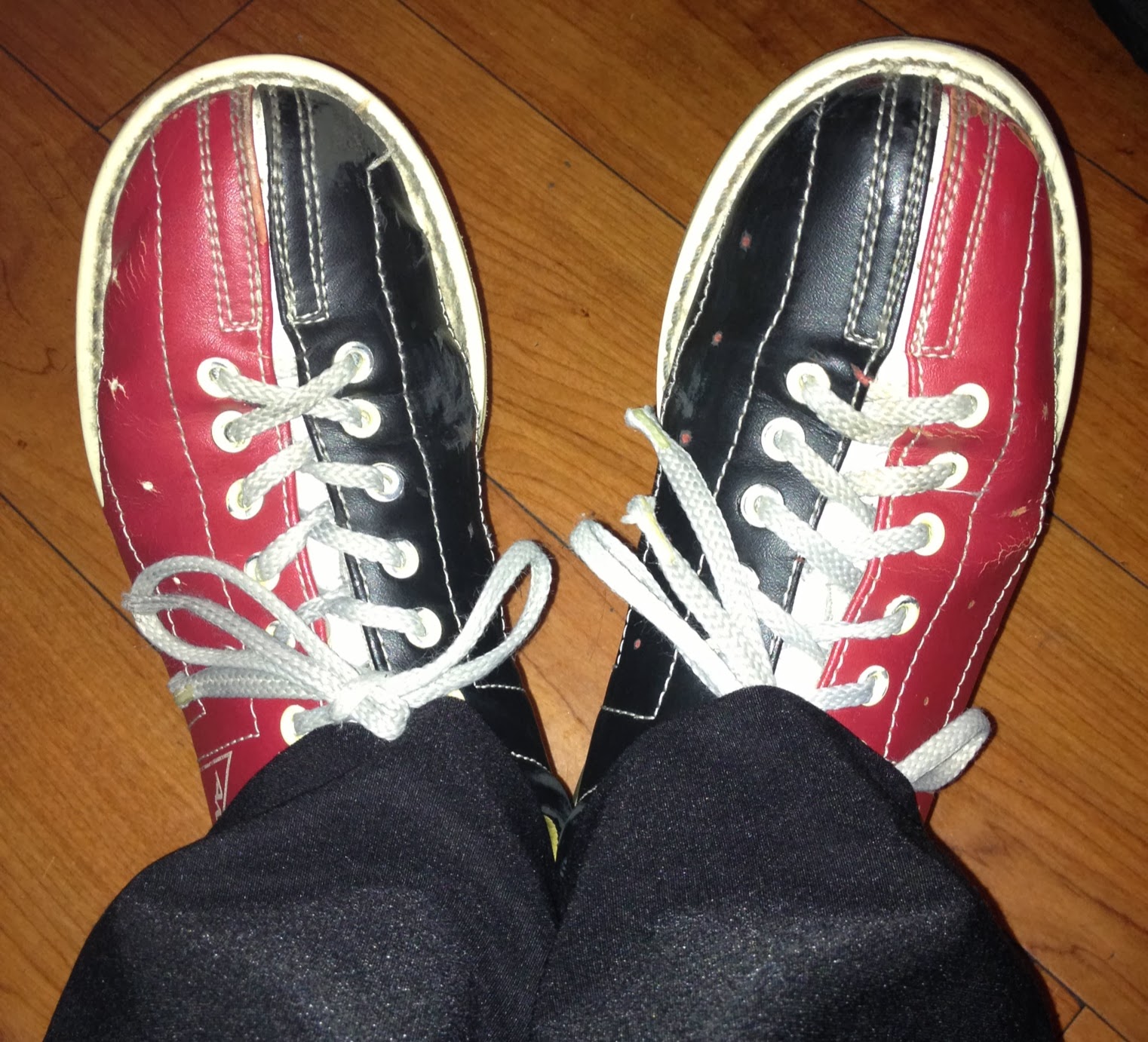 A friend invited me to go bowling and I didn’t just say “no,” I said, “Hells no!" You know it’s serious when you add the “s.” Why such a vehement reaction? Is it the inherently unsanitary nature of the game? You’d think so, but for some reason my Inner Neat Freak is not disturbed by the idea of sticking my digits into those dark, germy holes or slipping my feet into shoes that other people have been wearing for decades. For me, it’s a childhood thing. No, I wasn’t beaten with a bowling ball or abandoned in a bowling alley. The problem is my Dad was a fantastic bowler. And when I say fantastic, I mean great, amazing, could’ve gone pro. My Dad went to bowling tournaments and won trophies. When he stopped bowling, he continued to coach and became a league official. That’s a lot to live up to.

LISTEN & ENJOY THE READERS' THEATRE PODCAST
When I was little, my Dad took me to the bowling alley with him. He put absolutely no pressure on me to live up to the Lord Legacy. These were Daddy-Daughter outings and he just wanted me to have fun. But sadly, even then at the tender age of six I was a Perfectionist. I wanted to do it right. I wanted to be god’s gift to bowling. That was hard to do when even the lightest ball they had was still too heavy for me by half. I could barely lift it much less hold it. I must have been a sight staggering up to the line with my paperweight made for giants. Getting it down the lane? Forget it. The pins were never in any danger.


And so that is what inspired my Dad’s nickname for me: Gutter Ball Annie.

He wasn’t trying to be mean, he thought it was cute. I was mortified. It wasn’t the name so much as what it symbolized: Failure despite my best efforts.

So when I grew up, bowling was not my activity of choice. I never went on a bowling date. I was asked but I guess something in the way that I said "hells no" made sure the question never came up again. But when my friend recently invited me I thought, maybe it’s time I put that childhood bogeyman to rest. I mean it’s just bowling, right?

We met up at the Chelsea Piers bowling alley and I was completely unprepared for the uber trendiness. The lights were low, the music was loud, and oh dear, velvet ropes? This was not my Father’s bowling alley.

The ladies at the check in desk were dressed in black and wearing headsets. It’s like I’d stumbled into “The Gap After Hours.”  With fierce haircuts and expressionless faces, the Diva Droids studiously ignored us for a long as they could. Finally at the end of some predetermined shot clock that I couldn’t see the Head Diva Droid finally turned to us — looking in our general direction but not directly at us — and said, “Can I help you?” We told her we’d like to bowl. (I mean, why else would we be there?) She put her fingertips to her headset, stared off into the distance, and zoned out for a bit as if she were listening to instructions from the mother ship. Then she phased back, turned to us, and said that it would be a 45-minute wait. I burst out laughing. I couldn’t help it. A 45-minute wait? To bowl?

I was the only one laughing.

The Diva Droids looked at me so coldly I felt like I was under the unforgiving gaze of the Daleks. Even my friend got a little nervous thinking my outburst would cost us our precious place in line and so she quickly hustled me away.

On our way to the bar to grab a drink we passed several open and unused bowling lanes that were cordoned off with … more velvet ropes? Seriously?

A quick trip to the ladies room revealed that my friend and I were woefully underdressed. And by underdressed I mean overdressed. We weren’t showing nearly enough skin. Every woman in there — besides us — was wearing something short, tight, and revealing. I thought it was just me but chin-gesturing to one of the ladies my friend whispered, “How is she going to bowl in that?” Very carefully, I thought. But these ladies were trying to pick up more than just a bowling ball.

We had just about finished our drinks when a lane opened up for us. As I laced up my shoes I gave myself a pep talk. I reminded my Inner Perfectionist that I do not have to excel at everything I set my hand to. Some stuff can just be, dare I say it, fun. And it was. I still used the smallest ball they had but managed to knock down a few pins. And so the gutter wouldn’t feel left out I made sure a goodly number of balls went in there too, you know, for old times’ sake.

I think some of the credit goes to the pre-bowling libation. Too bad this wasn’t an option when I was a kid but adulthood does have its perks. Does this predispose me to going bowling again someday? Hells maybe, if I can find the right outfit.

The Urban Erma, the longest running column on StageTimeMagazine.com, was created and written by stand-up comedian Leighann Lord. Listen to the podcast on iTunes and Stitcher Radio. Watch the video edition on YouTube.com. If you enjoy The Urban Erma please leave a comment, Like it on Facebook, follow on Twitter, And share it with your friends. (Share it with people who are not your friends and maybe they will be.) TheUrbanErma@gmail.com Get her free e-books of The Great Spanx Experiment and Sometimes I Wish Facebook Had a Hate Button.